Schools are Switching to Automatic Toilet Seat Covers – Find out Why

Public schools are a necessary part of the community but they are also one of the filthiest. Let’s face it, if you have kids, then you know that they can generate a mess faster than any pet, adult, or supernatural force. Now imagine at least five hundred of them together in the same building and you can see where we’re going with this. When you’re in a position of authority at a school there are several potential problems that you will probably find yourself dealing with, the most common of which occur in the bathroom.

When it comes to stopping the spread of germs, bacteria, and even disease in a public or private school, the bathroom is usually the front line and your school janitor will be able to confirm that for you. The most common method of addressing the problem in the past, at least as far as toilets are concerned, has been to use a toilet seat cover dispenser system, but you probably already know that there are a few problems with that. Sure, toilet seat covers might help to an extent, but after the hundredth time of finding one in the hall or in the septic system, there is a good chance that you don’t want to deal with it anymore.

In fact there are more than a few schools that have simply given up on this method after a few tries and a few calls to their local plumbing company. Don’t worry, automatic toilet seat covers are the way of the future and they’re a great way to keep things clean.

There is a good chance that as the school administrator you’ve given up on the idea of toilet seat covers, but one thing you should know is that many parents do in fact have a choice as to whether or not they want to send their children to your school – this is especially true if you are running a private school. When parents do an initial walkthrough of your facility they’re going to want to see what you have to offer, and if they find a dirty bathroom, you can be rest assured that they’re going to pull their application faster than you’ll believe. 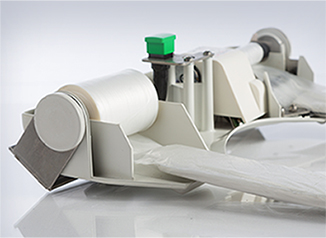 Brill Seat has worked for years to perfect the automatic toilet seat cover dispenser, and it has done so by removing almost all user interaction. You will no longer need to change the toilet seat cover each time you sit down, and you can literally swap it out using innovative motion controls. The motion sensor can be mounted on the wall of your bathroom stall, and it can easily be activated with the wave of a hand. It’s a great way to cut down on waste, and an outstanding way to make things easier for your students. You’re probably wondering why you never thought of this before!

It’s Time for a Change

The bathroom has remained stagnant for long enough; you’re going to need good automatic toilet seat covers to keep your students safe, and it won’t be too long before you’re installing these in every bathroom – even the staff facilities.

If you’re looking for more information, feel free to check our website and read over the customer testimonials that our product has generated over the years. In addition to that, you can see a news clip describing how Brill Seat has improved several businesses, including a Las Vegas casino. If you’re thinking of bringing automatic toilet seat covers to your school, then you can be rest assured that you are not alone. Many schools are taking his leap, and with good reason. It’s time for a change in your bathroom.